There are opportunities that I simply cannot resist. This study about the tribes of Bukidnon is among them. It gave me an opportunity to sit down with them and their leaders, and learn a little about where they are coming from.

Meet Bae Inatlawan, a ritualist of the Daraghuyan tribe. Inatlawan means touched by the sun’s rays.

Meet Datu Makapukaw of the Talaandig tribe. His name means him who can awaken.

And meet Datu Vic, the younger brother of Datu Makapukaw. 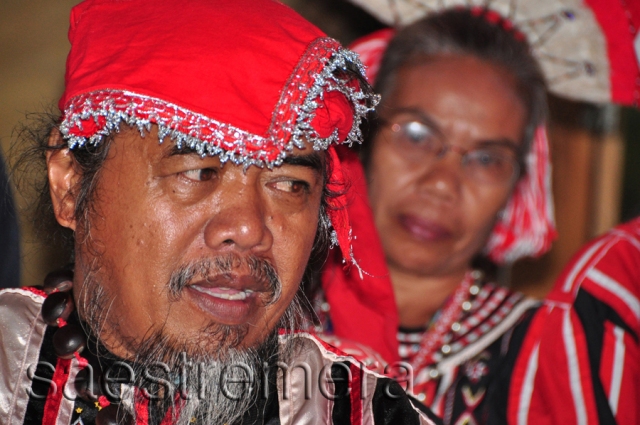 These two tribes of Bukidnon, two of three major tribes — the third is the Higaonon tribe — are high on rituals. Their every task is guided by rituals.

The photo below is of the Panendan, an annual pilgrimage of the boundary keepers and their descendants to the headwaters of the Tagoloan River, the main river that passes through Bukidnon and down to Cagayan de Oro.

Chickens are slaughtered as part of the rituals, the meat of which are cooked and shared by both guests and hosts. 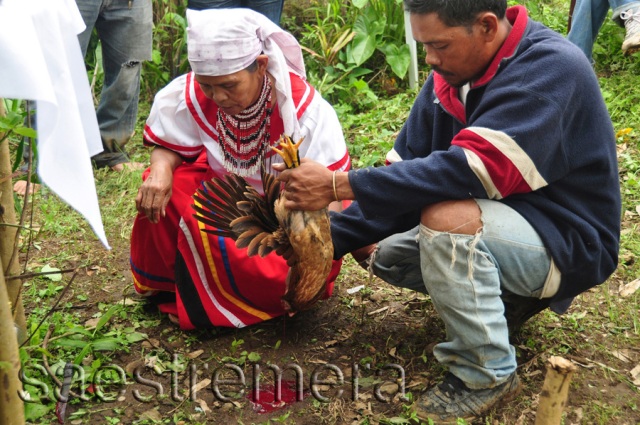 This is the landmark that will welcome you when you go to barangay Sungko in Lantapan, Bukidnon, the land of the Talaandigs.

While Bukidnon tribes’ costumes are predominantly red, the designs distinguish them from each other. Scroll back up to see Bae Inatlawan’s costume as compared to the costume of the womenfolk of Talaandig.

The headdress the women are wearing is called a “panika”.

To this day, almost a year later, I still look forward to returning to their villages to listen to their stories once more, and this time, not rushing toward a deadline. I pray…