Horses are regaining popularity out there, after a brief period of being traded off by owners who were just too excited to own motorcycles. Horses and carabaos were the only means of public transport and cargo carrier since time immemorial in the sitios of Upian, Malikongkong, and Guilon, until the other year when a road was made.

Soon after, motorcycles became the mode of transport. Just about every menfolk out there wanted a motorcycle.

They sold off their horses to residents farther into the hinterlands, who still needed horses because their villages are only reached by mountain trails.

Trails that are too steep for motorcycles, but, perfect for the hardy horse.

Driving motorcycles is cool in those parts. Many have not only sold horses for downpayments, one man even exchanged two hectares of his land for a second-hand motorcycle. The motorcycle is not even a year old now, but can no longer be used. One more member of an indigenous tribe has been taken advantage of — a motorcycle that wasn’t even roadworthy in exchange for a vast tract of land.

After several months of incurring expenses for repairs and spare parts, which they used to have no need for, realization seeped in. 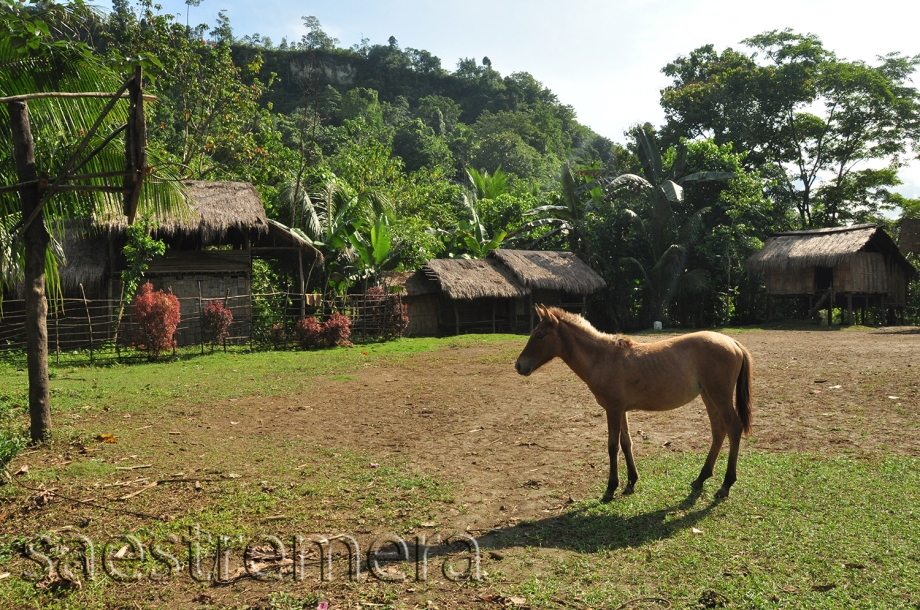 Horses, you only need to regularly check their hooves and nip some of the keratin on the toes.

Motorcycles tires couldn’t last long against those rough roads up there. For poor families, the cost of a new motorcycle tire can set them far back. Money is scarce there.

Motorcycles too tend to become worn down after a year of use out there. Repairs are needed, others are even damaged beyond repair. You also have to load it up with gasoline everyday.

While horses, all they need is grass and water… and with a mare and a sperm donor, they don’t only grow strong year by year into the horses’ heydays, they can also reproduce.

As one of the elder sons of the man who exchanged his land for a motorcycle said, “Sayang (What a waste).”