It’s really like this. I don’t seek adventures but something else entices me that requires some effort to get it. In most cases the effort required is that of an adventure. As I wrote earlier, the photos the UP Mountaineers set up during my freshman orientation week were the enticement. It wasn’t about mountaineering, it was about being able to take photos of such views. Except that… in order to get such photos, you have to be somewhere up there, and that requires being a mountaineer. And so,  a mountaineer I became… 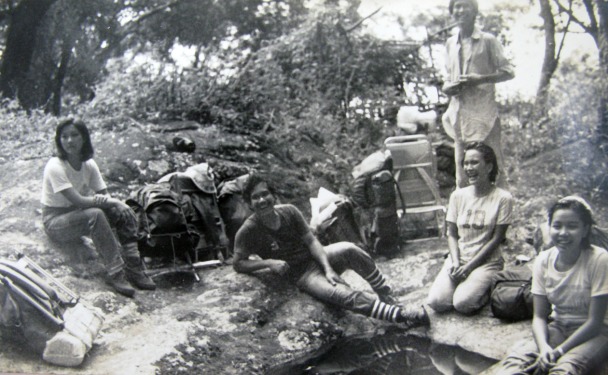 Now up one of those mountains (Mt. Makiling to be exact), the peak was such a tiny space and there was vegetation all around, there wasn’t much to see. But there was a tree… And so let’s go back to the original equation: to get the photos you have to be up there. And so, up I went a tree with my mountain boots and all. I couldn’t dare remove my boots because Mt. Makiling is full of “limatik” (blood leeches) waiting in ambush on just about every leaf and branch.

Up a tree on the peak of Mt. Makiling. Down there are (clockwise from guy in sweatpants), Luigi Gana, errrrr…., Bart Guingona, errrrr… (is that Lucas?), and Eric Acaylar. 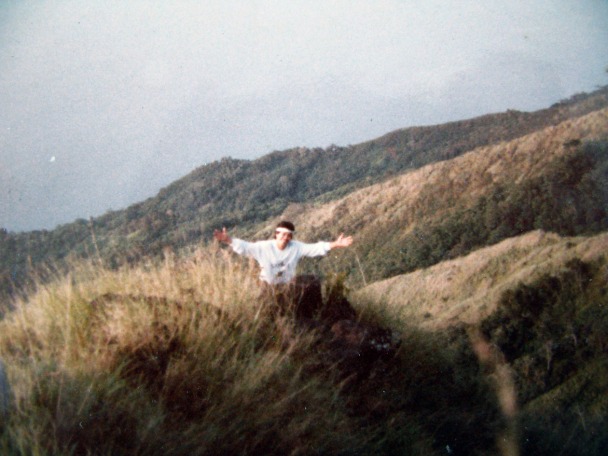 Angel (top) and Ellson (above) on Mt. Maculot.

Athletic? Nah. I huff and puff and get all scared all the time. But there’s always something that has to be done and so up I go.

Better opportunities await those who explore further, and so I trained for rock climbing as well. In all these, it wasn’t about the climbing, the bodybuilding, even the health benefits of climbing, it was all about what’s out and up there. 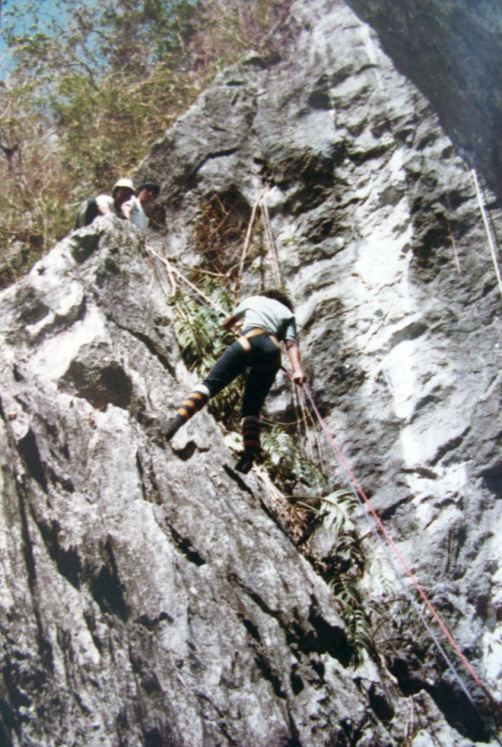 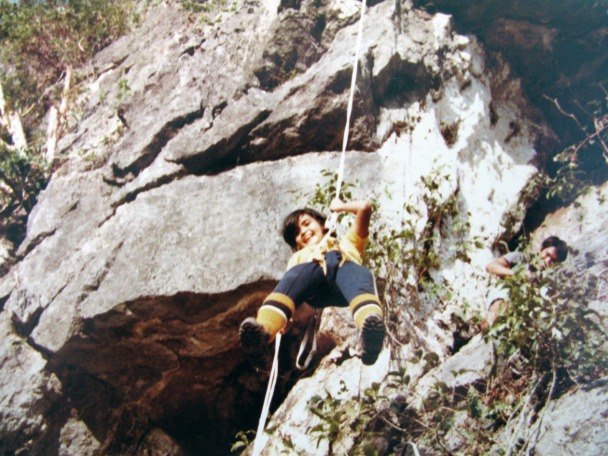 Top photo: They’re not so clear, but those are Bobbit Palaganas and Bubut Tan Torres at the Montalban rockies; a portion of the rockies these guys called labia minora. And assisting me above is Eric Cadiz.

“Because it’s there” is mountaineering’s most famous three words, a quotation from George Herbert Leigh Mallory, who happens to have the same birthday as me although he was born a century ahead and who is an English mountaineer who took part in the first three British expeditions to Mount Everest in the 1920s. He was supposed to have said this when asked why he wanted to climb Mt. Everest.

I’m not Mallory, nor do I share his passion for climbing for climbing sake, but should you ever ask why I’m climbing, my reply would be, “Because there’s something there.” These days my climbs bring me to mountain communities where I learn from the villagers such that invitations to climb Mt. Apo fall flat, uninviting. There are no communities up there…

A score and a decade since I became a mountaineer what entices me to climb on now is more than just the view, beyond just what can be seen are those that has to be heard — the voices and the views of the people who are up there.

A journalist, a reluctant adventurer, a photographer, a scuba diver -- (the real deal and not some self-proclaimed expert on this and that), who dabbles in painting and guitar-playing and now has explored into working on the culture of a work place as officially the Culture Officer of Mountain Haven Development Inc.... and energy healing. View all posts by saestremera