LUCH LIBRE, meaning free fight, is popular in Mexico as a form of professional wrestling. A visit to Mexico City for a first-timer isn’t complete without watching and cheering on the wrestlers. And so we did.

As wikipedia reads: Mexican wrestling is characterized by colorful masks, rapid sequences of holds and maneuvers, as well as “high-flying” maneuvers, some of which have been adopted in the United States. The wearing of masks has developed special significance, and matches are sometimes contested in which the loser must permanently remove his mask, which is a wager with a high degree of weight attached. Tag team wrestling is especially prevalent in lucha libre, particularly matches with three-member teams, called trios.

We went to the Consejo Mundial de Lucha Libre Co. Ltd., recognized as “The serious and the stable” among the Mexican Lucha Libre companies as they are supposedly the conservative ones who do not allow excessive violence.

We arrived as the evening fights already started and the women’s division was about to end.

I watched like all of them… although most of the time my eyes were closed.

It was only then when I remembered why I prefer listening to the television rather than watching it whenever Manny Pacquiao had a fight aired live. I have very low tolerance for violence.

I was wincing as the women kicked each other and jumped on an opponent’s body or threw themselves on an opponent outside the ring. But I managed to watch the one and a half fights. (We arrived halfway through the second to the last women’s fights).

Then the men came onstage.

Admit it, men are bigger and tougher and rougher and because they show more skin than the women, they are eekily more sweaty… Thus, by the second fight, my tummy was already churning and bile was already rising, I had to leave.

That worried our hosts from Coca-Cola FEMSA. Jose went out to check on me and told me that everything’s staged and that the fighters were not really hurting each other. I couldn’t seem to make him understand that I know it’s staged, in the same way that I know “Logan” is but a movie and that the actors are still all alive after the film was shot, but my tummy doesn’t believe that. It churns on its own. And so to save face (before I hurl out my dinner), I just had to leave. 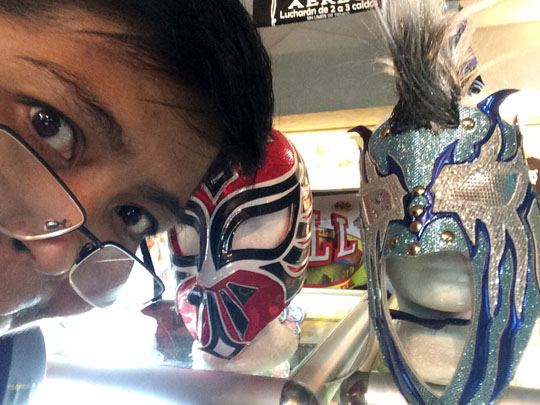 I did enjoy browsing through the masks sold at the souvenir shops, and looking through the names of Mexican boxers who made a name in the world of sports that were posted on the walls.

I also enjoyed hearing the cheers and jeers from inside the auditorium. The people were obviously into Lucha Libre, and I understand why this is popular. It has all the theatrics, I understand why the people were laughing at the antics as the wrestlers were making a real effort to entertain the crowd. Lucha Libre also has all the colors and movements that can draw in the crowd. It’s not just for me. I did buy two masks for my best friend’s two sons. They loved it. 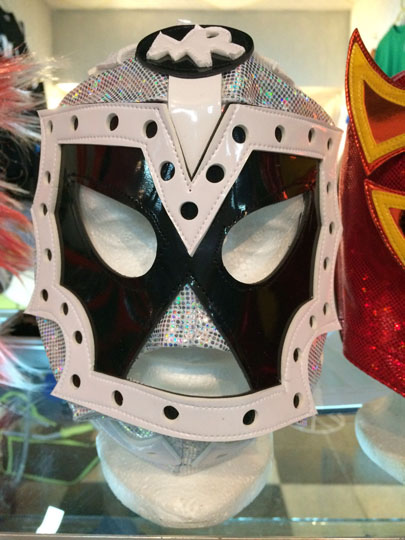 If you’re into wrestling and boxing and stuff like that, Lucha Libre is fun and a must-see show if you are in Mexico City.

Btw, cameras are not allowed inside. Just mobile phones.