The phrase isn’t really appropriate as these birds are nowhere near a coop. They were in their nest. I would’ve loved having found them while they were still eggs, but my housemate didn’t tell me about them until after my arrived from Bali and the chicks were already becoming full-fledged birds. 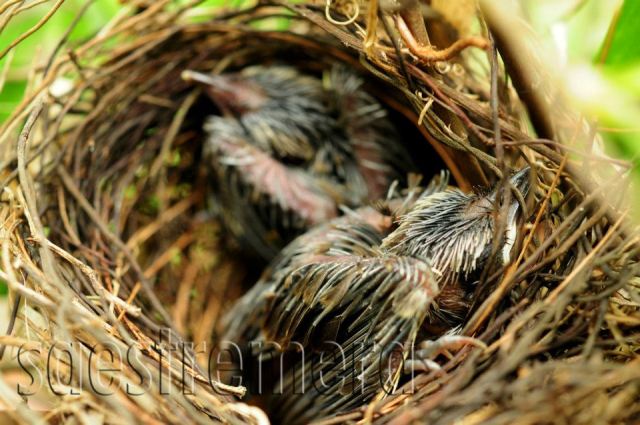 It was a brief three days of watching their feathers grow from the spikes that they once had, watching them become the alert birds that bulbuls are, heeding the mother’s frantic twits, apparently telling the two chicks to pretend that they’re asleep, and seeing one take off as a clumsy hatchling but son getting the feel of its wings and flying off. My housemate called me to see the birds saying they’d open their mouths wide whenever she approaches.

With camera on hand, I sneaked in and saw them open their mouths as my housemate said they would. But as I approached even nearer to get a good shot, behind me was the frantic chirps of an adult bird. The two chicks settled back in their nests and pretended to be asleep, not moving, peering at me with half-closed eyes. That was Day One.

On the second day, I sneaked back in, but mother bird was quicker and started her frantic and continuous chirping once more. The birds didn’t budge this time. 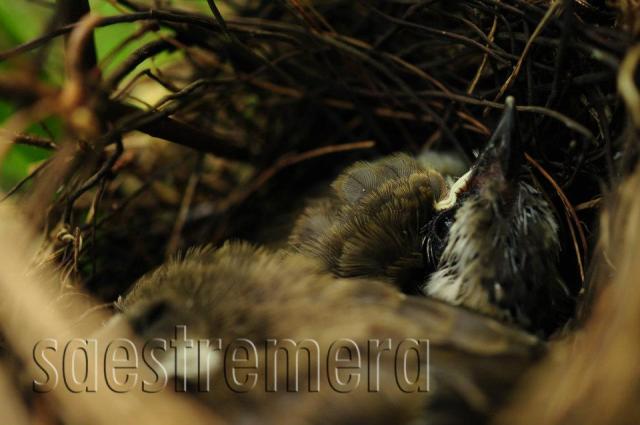 Their feathers by this time were more fluffy, like real feathers. 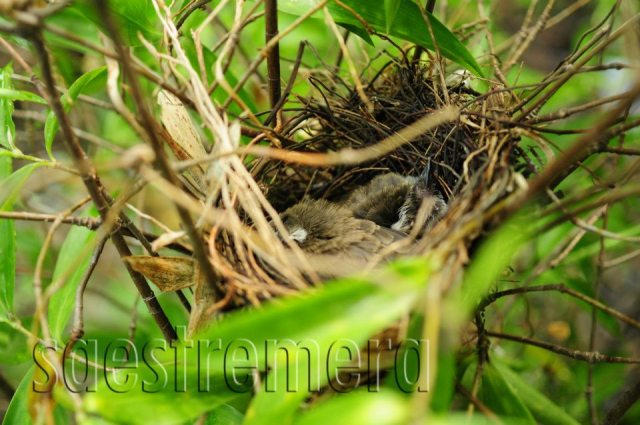 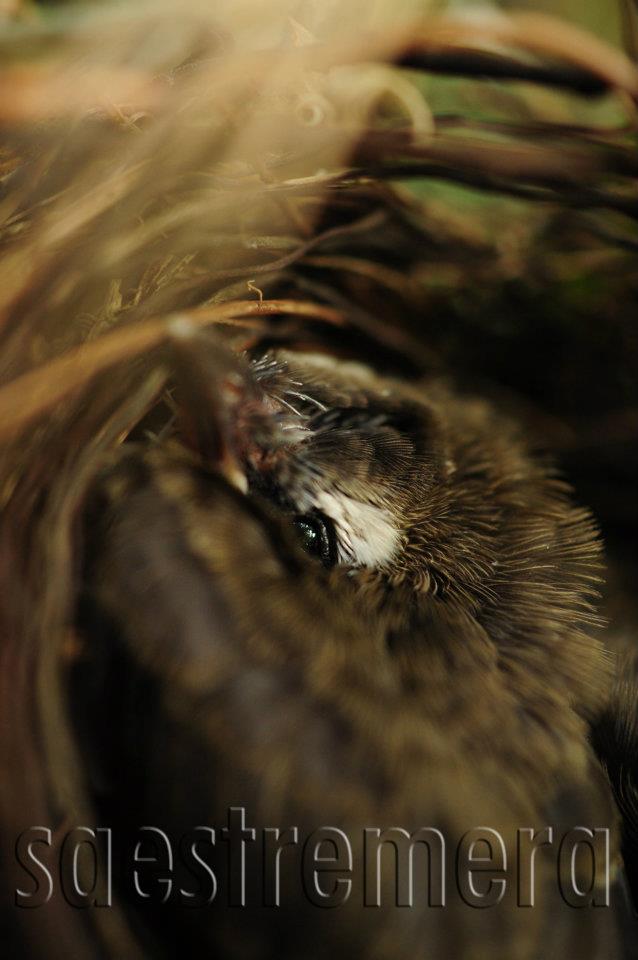 On the third morning, I awoke to the voice of my housemate calling out at me and saying that the bird was already out of its nest. 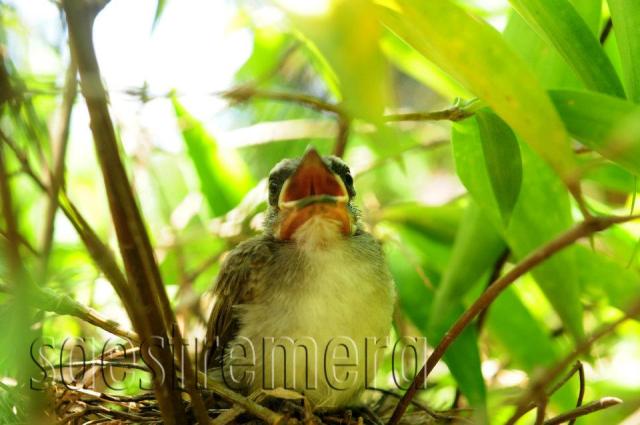 I rushed out to find only one chick, wildly chirping. The other one, the househelp said, already flew off the afternoon before. Somewhere above me was the loud chirping of its mother, more agitated, louder. The chick went back in when I approached, but only for a few seconds, it appears to have just gathered some strength. After that brief respite, it stumbled its way out and flew from branch to branch until one last heave sent it far out into the brushes  and brambles outside. A full-fledged bird now able to fly.

It’s these rare instances when you fully appreciate nature and realize that communication is a given among living things, we only need to listen to them to understand. But very few do, hearing birds, but never really taking time to listen. And so all we hear are chirps, never being able to distinguish sounds of warnings, courting, and regular exchanges of two creatures of the same species. But then, many among us do not even value communication among those of our own, how much less would we care what the birds are saying?